Using the MESA® CabClone™ with amps above 100 watts 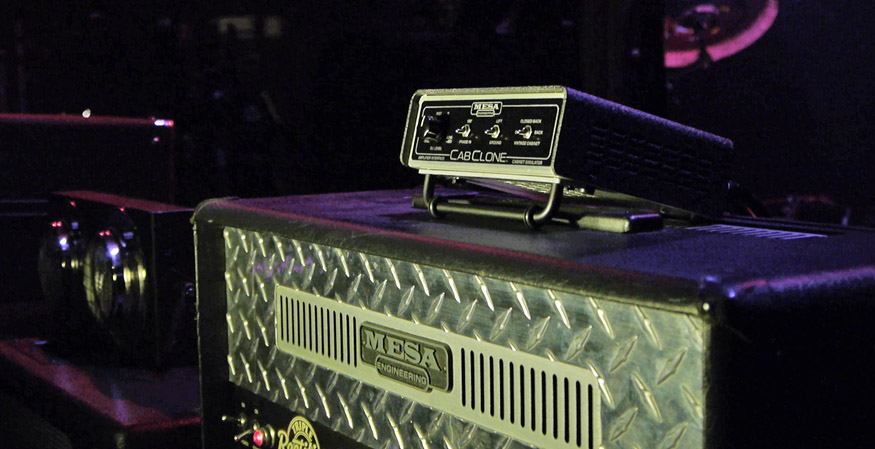 One of the questions regarding the CabClone’s multiple uses is, “Can it be used for silent recording with amp’s whose wattage is more than 100W?”.

It’s a great question and, as usual, there’s the quick answer, and then there’s the technical details behind the answer.

Here is the Short Answer:

Within *normal use of your amp* (avoiding extreme settings and using common sense), the CabClone can ABSOLUTELY be used safely and reliably with guitar amps up to 150W power ratings.

Let’s define *normal use of your amp*.

Simply put, the settings you use on your amp (Masters and Output especially) when you have a cab plugged in and using it for live or recording, are the same settings that will likely work best when using the internal load of the CabClone. Set the amp higher (louder) than that...? Here comes trouble!

Since the CabClone is NOT AN ATTENUATOR (allowing you to turn your amp up louder and get less volume), if you are using the CabClone’s internal load (recording silently or headphone use) and you set the amp’s Master’s or Output above where you would NORMALLY set it for live applications, this is where problems can potentially occur. For starters, it probably won’t sound good! And... this is also the point when you run the risk of damaging the CabClone’s internal load resistor AND/OR your amp’s tubes, transformers or power section circuitry.

So...The golden rule for safe CabClone use with higher wattage amps: If you wouldn’t want to be in the same room with your amp and cab at a given level of settings (TOO LOUD!), these are the settings where it’s possible to damage your CabClone’s internal load resistor and/or your amp. You can also check the temperature of your CabClone by touching your hand briefly on the top of the CabClone and monitoring the temperature of the unit as it’s being played. In normal conditions, the lid of the CabClone should be warm but not too hot to leave your hand in place for 5-10 seconds. If at any point the unit gets too hot to hold your hand on it for longer than a second or two, you are likely running the unit closer to where damage to the CabClone or your amp’s tubes, transformers and circuitry may occur.

Now for the technical details.

The way a load resistor works is to receive the AC voltage from your amp’s speaker output and turn that voltage into heat instead of sound. The resistor is designed to dissipate that heat with the help of an aluminum heat sink that provides added ‘cooling’ in addition to the resistors inherent dissipation.

Basically… the the louder you set your amp, the more voltage you release from the speaker output. This becomes more AC voltage for the resistor and heat sink to ‘soak up’ and dissipate as heat.

While the CabClone’s internal load resistor is rated at or above 100W, the engineering of the heat sink can have a dramatic effect on the overall cooling of the load resistor depending on it’s design and mass. The CabClone’s heat sink is considerably over-engineered which adds to the potential for safe and reliable use with amps rated above 100 watts, particularly when the amp is used within normal settings and using common sense.

Perhaps the most important thing to note is that while an amplifier can be rated at 100 watts, 120 watts or 150 watts etc., the ACTUAL wattage output into your speaker or load resistor in a real-world NON-STOP rock n’ roll playing application is NOT the same as the amp’s ‘store floor’ wattage rating. Let’s look at the numbers:

A standard active humbucking guitar pickup output with normal to heavy attack is usually around 1.25-1.5v. (Passive humbuckers are more likely .75- 1.0v). Drive this signal strength into a 150W amp like a Triple Rectifier on the Red Channel and Modern High Gain mode with the amp’s overall Masters/Output set around 10:00 will result in an averaged continuous RMS wattage of approximately 90 watts. With the amp’s Masters/Output set to 11:00, the averaged continuous wattage rises to about 125 watts. For those that play 120-150 watt amps, you know how unbelievably LOUD this setting is!!!

In our R & D and testing at Mesa with the CabClone, we toned and tested extensively with our Triple Rectifier (150W) and our Roadking (120W) with NO problems or failures in a wide variety of normal and even more extreme uses and testing and the formula is the same whether it’s a Mesa Triple Rectifier or any other tube amplifier.

While the 125 watts RMS exceeds the load resistor’s baseline rating, with the over-engineered heatsink and a myriad of other variables like AC line voltage to the amp, playing & attack variation and pauses (resistor cools down), ambient temperature of the room etc.,  used within moderation, the CabClone will easily perform safely under conditions of amp’s with wattage ratings up to 150 watts.

Bottom line - using the CabClone’s internal load for silent recording or headphone playing is completely safe, IF - AND ONLY IF... (This is important, that’s why it’s in all caps!! ;) - you use common sense and settings that you would use if you were in the same room with your amp and cab. Beyond NORMAL usage, Mesa cannot be liable for damage caused by extreme or improper use of the CabClone or any load resistive device.

If you have any questions, always feel free to contact Mesa Customer Service via any of the following methods: 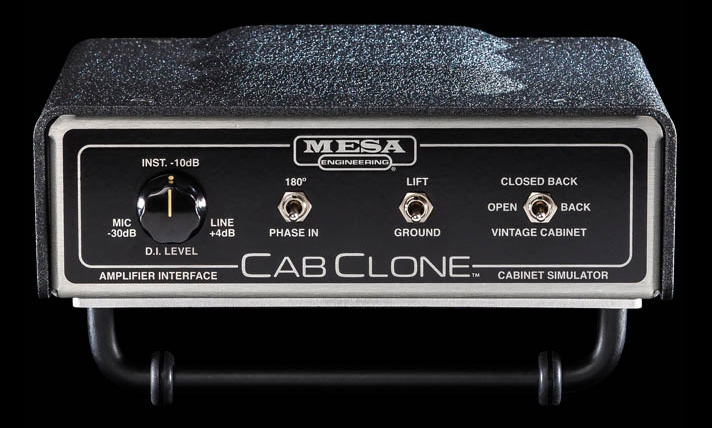