Our dear friend and original Artist Endorsee Carlos Santana recently visited the Home Of Tone and we captured some pictures to share and an inside look on the day. 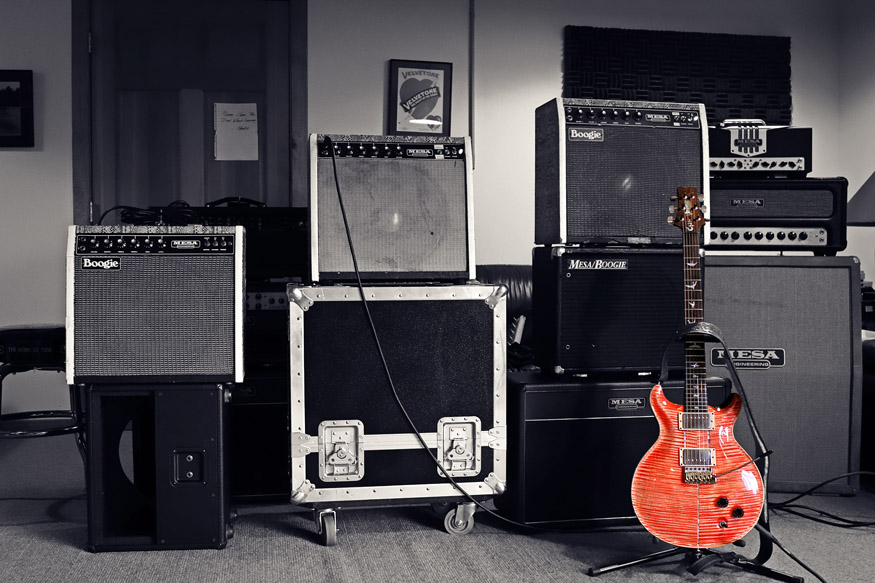 After watching a video of one of his 1973 Japanese concerts at Budokan, Carlos was inspired to play all his original Snakeskin Mark I’s and revisit the tone from them. While he’s never wandered far from Mark I's with the re-issue’s he’s been using, he heard a sound on the video that struck a fond and familiar chord. He brought them to the factory to get them looked at before a tour and also to listen to the differences between them, Mark I Re-issues and some newer MESA amps.  It was amazing to see the first five guitar amps (3 of his,2 of ours) built back in 1970 under the Boogie badge IN ONE ROOM and still sounding GREAT 43 years later!  We were proud. 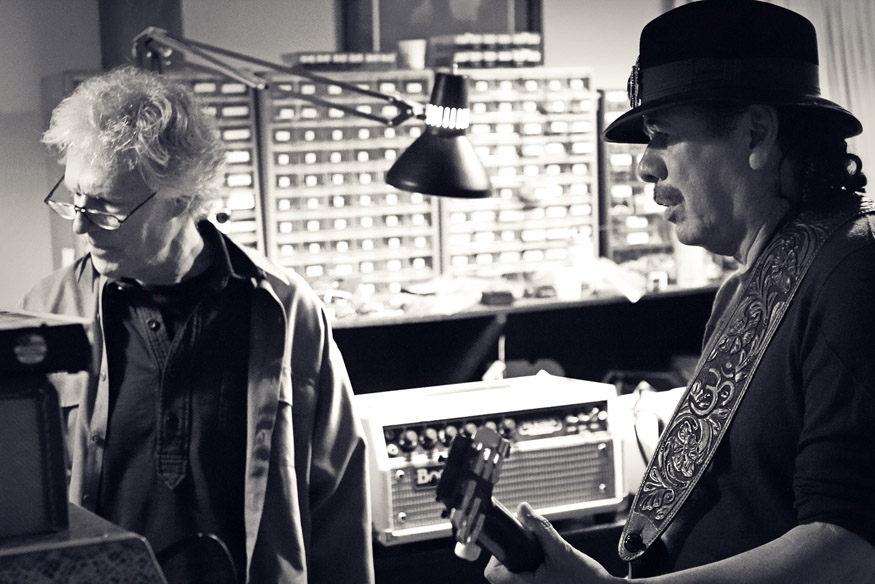 After a few great stories, conversation between Carlos, Randy and Doug West turned to the possible differences he heard in one Snakeskin (the one from the Budokan show) he liked slightly better than others. Carlos also had a blast playing through a few amps like the TA-30 & Royal Atlantic that he hadn’t played before. Lots of great A/B comparisons between his Snakeskin Mark I’s, Randy's Snakeskin Mark I's, Carlos' main Mark I Re-issue and other amps in the Tone Lounge at the MESA Factory in Petaluma, CA. Carlos rocked the Royal Atlantic, but really connected with the TA-30 and insisted on taking it home for more experimentation.  We've even heard a rumor it might be going on tour with him! Stay tuned for confirmation! 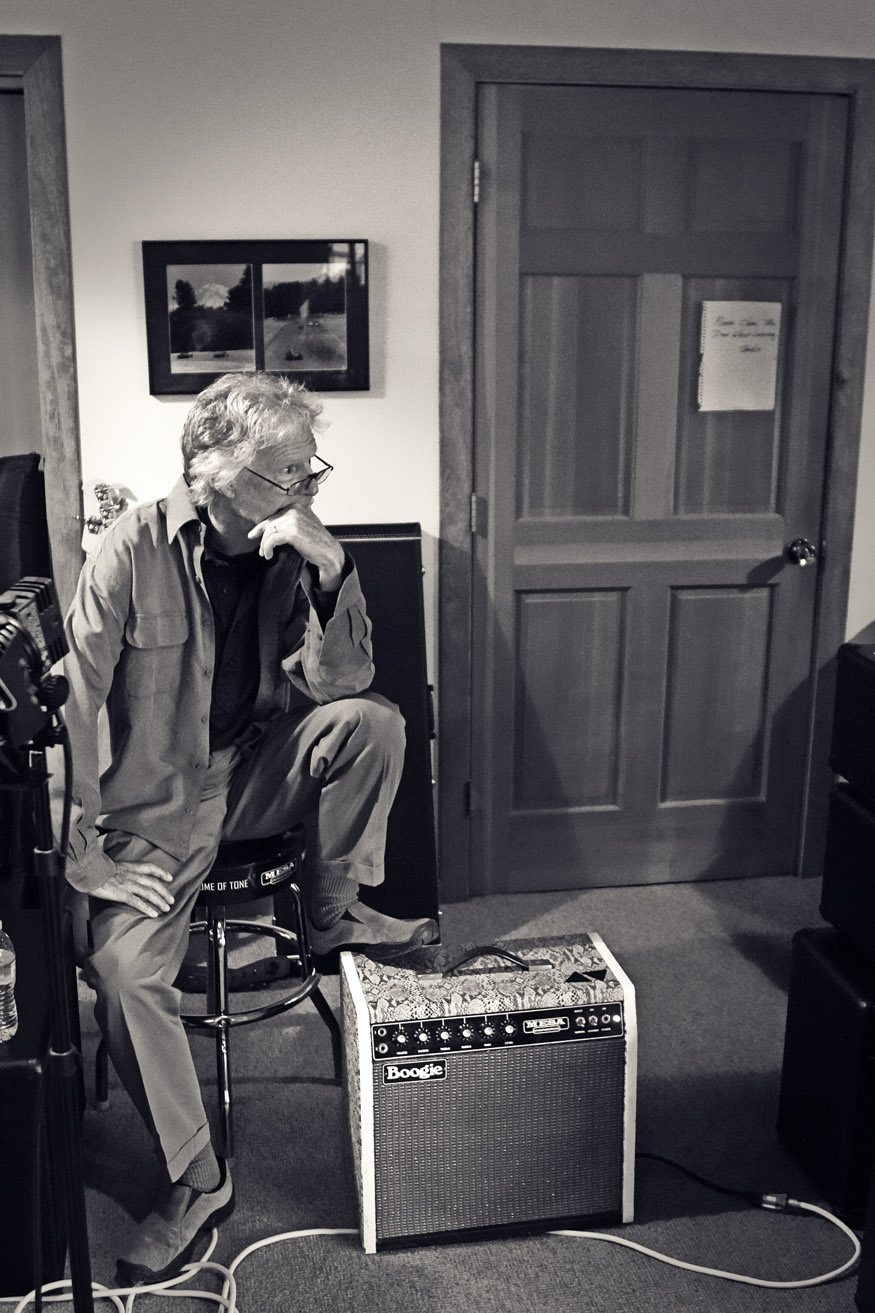 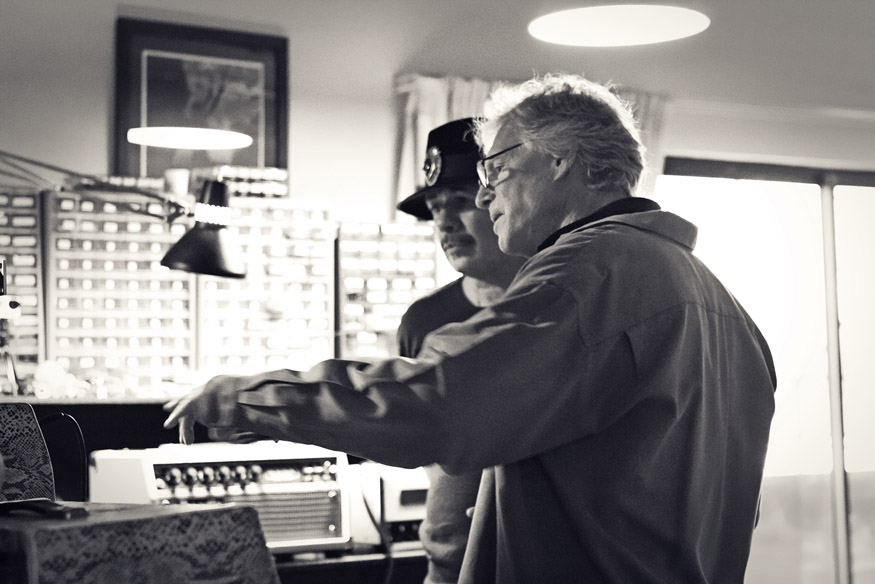 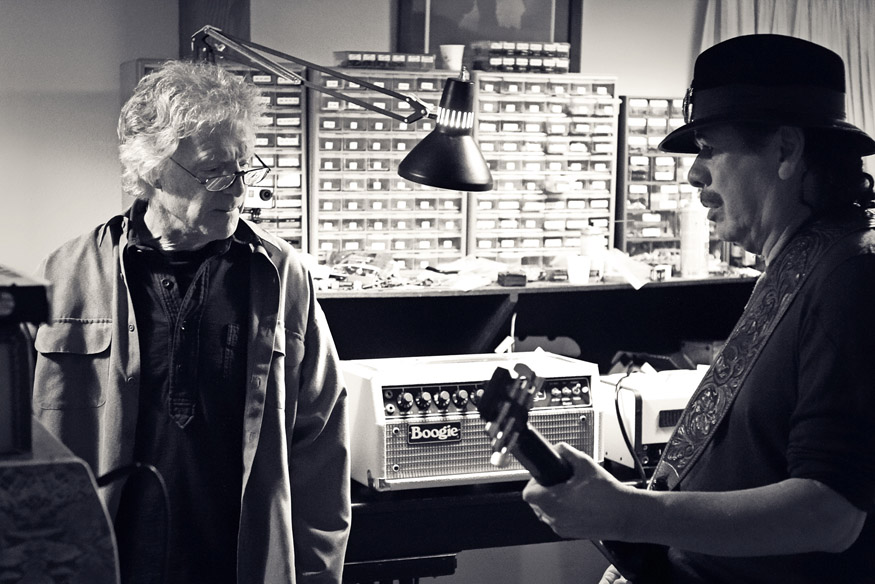 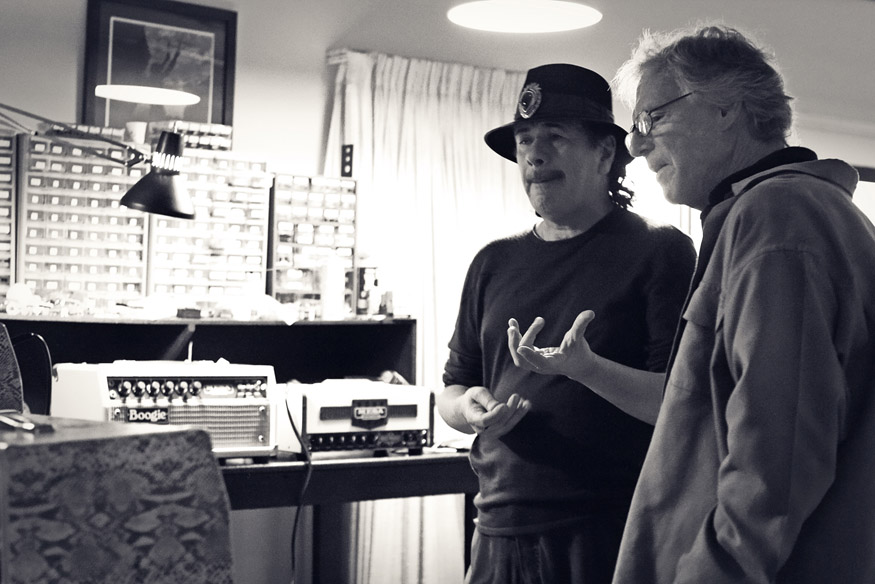 Carlos explaining to Randy how the tone 'feels' when it's right! (click to enlarge)

All in all, a great day filled with classic Tone and a great reunion hang with one of the true guitar greats - who just happens to hold a VERY special place in the MESA/Boogie story and in our hearts.  Thanks Carlos – for the inspiration and for keeping it real all these years! 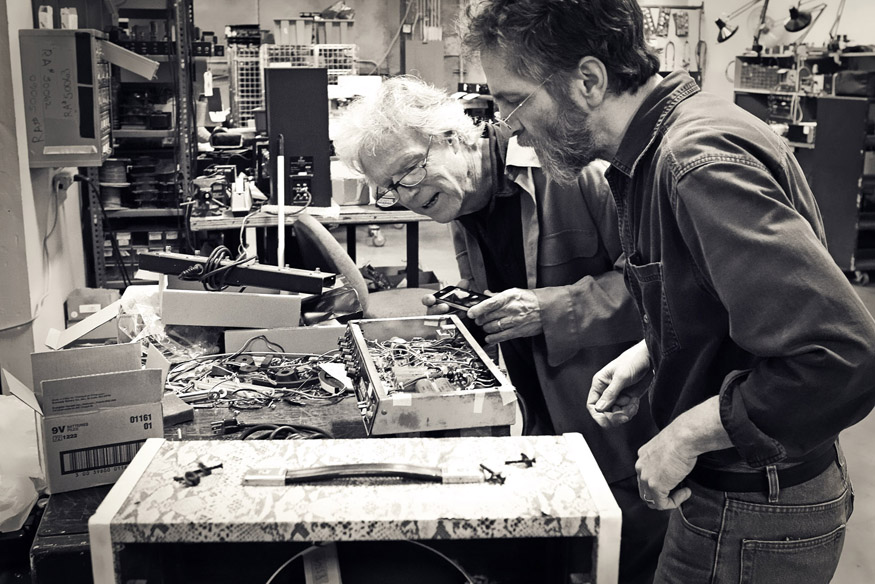