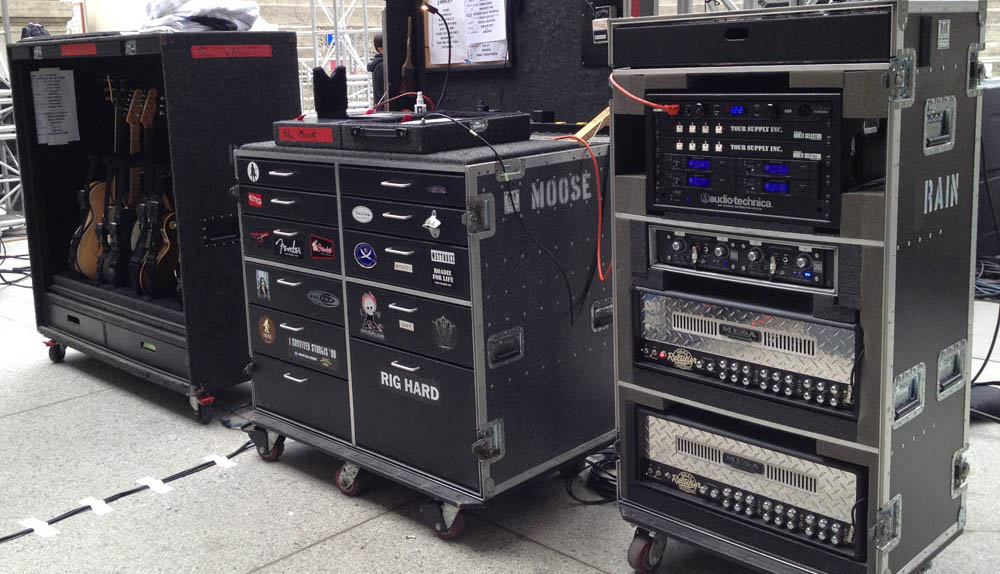 Train have been non-stop since their return with 2009's Save Me, San Francisco (RIAA 5x Platinum) and now with this year's California 37. We caught up with the guys the day of the album release in April when they played the first of a string of San Francisco, CA dates at the very "cozy" and "intimate" Cafe DuNord.

Jimmy Stafford was excited to prove the versatility of the Dual Rectifier when he needed to get more tones out of the amp and less from stomp boxes.  In the video he describes how he is able to utilize all three channels and the FX loop to cover nearly all of his tones.  Jimmy needs a strong clean sound, a medium gain chordal tone and a singing single note lead sound for the catalog of hits Train have produced in the last 15+ years. 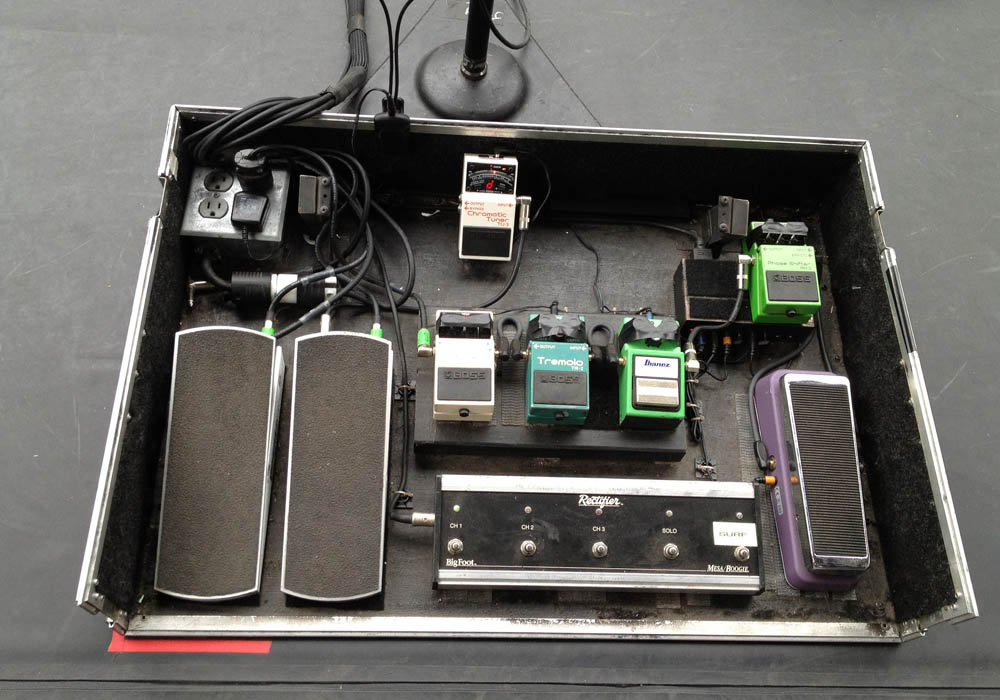 And, Jimmy's settings on the Rectifier:

On the bass side of the stage, Hector Maldonado has been a long time Mesa/Boogie user and fan. For amps, Hector's rig currently consists of the venerable Mesa 400+ and an M9 Carbine. 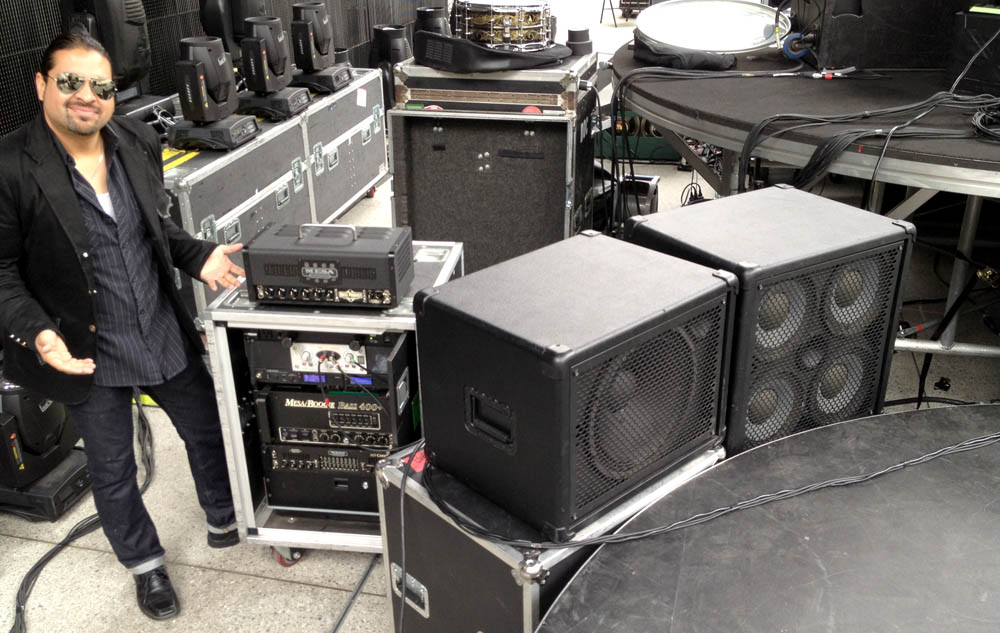 For cabinets, Hector is a fan of the full-range potential of Powerhouse 4x10 and 1x15 cabs. During the day we even spent a little time playing through the Bass Prodigy and put it on top of the cab to see how it looked in the vicinity of it's predecessor, the 400+. 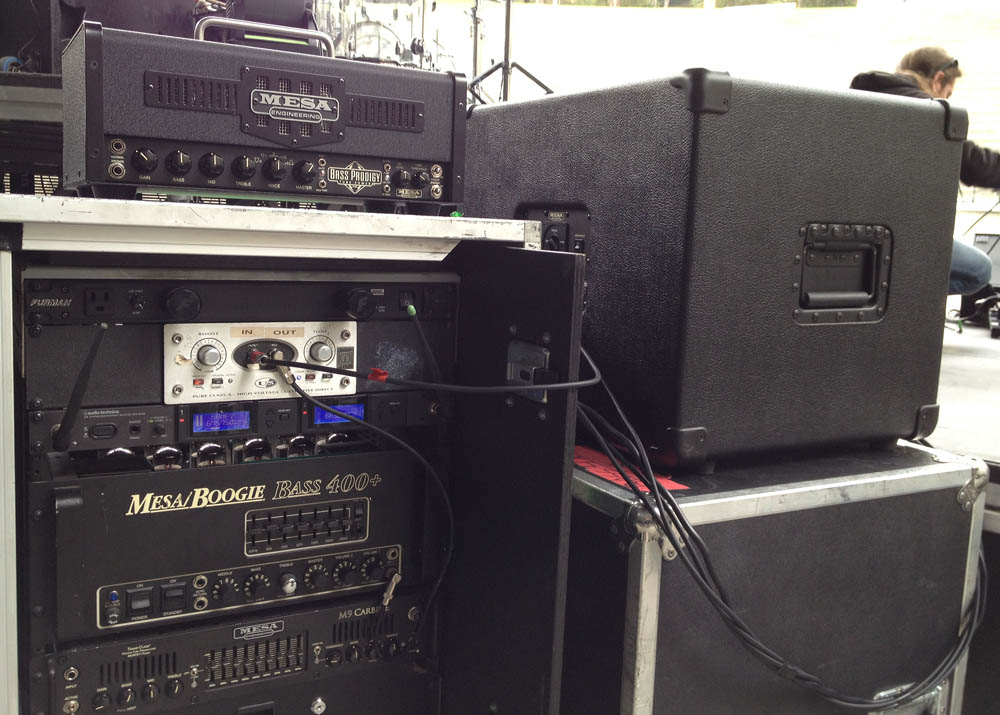