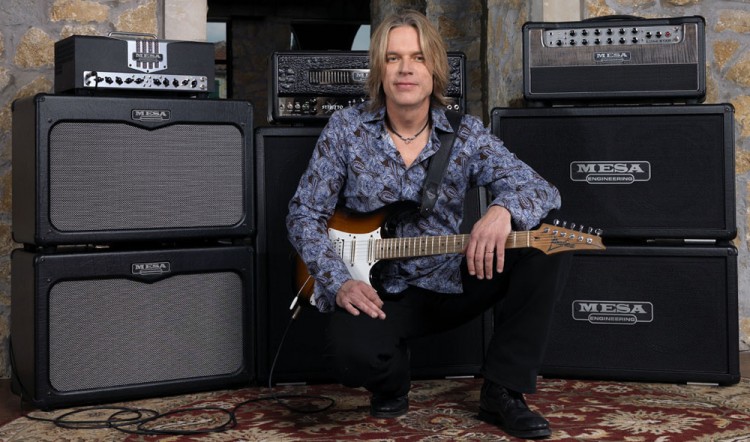 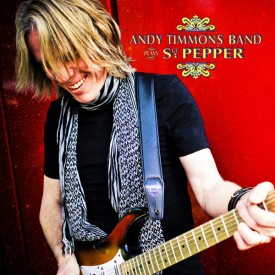 Now, after garnering mass critical acclaim for this 14-track recreation, Timmons and his longtime band, bassist Mike Daane and drummer Mitch Marine, will bring these songs to New York for the first time, on Monday, March 19 at the Iridium Jazz Club 1650 Broadway at 51st Street, 8:00pm and 10:00pm, ticket price $32.50).

Recreating one of rock’s most iconic works is a bold move. What’s even more fascinating is that the music of The Beatle's "Sgt. Pepper’s Lonely Hearts Club Band" was arranged and recorded completely from memory, over the course of two years, with a minimum of overdubs. It’s the reverence and respect for these ageless tunes that shines through Andy Timmons Band Plays Sgt. Pepper. While Timmons lets his fingers do the singing, carrying the melodies through the voice of his six-string, Daane and Marine add their own color to the palette.
“This project is the culmination of my love for The Beatles and an expression of my love for guitar,” says Timmons.

Also included on the CD is their take on “Strawberry Fields Forever,” the only non-Pepper cut. Here's a taste of what you can expect to see at the Iridium on March 19:

Andy Timmons is the former lead guitarist of Danger Danger. As an in-demand session musician, he has worked with artists as diverse as Paula Abdul, the Beach Boys, Paul Stanley, and Kip Winger. He has also served as Olivia Newton-John’s musical director for several U.S. tours. Fellow guitarists Steve Lukather, Tommy Emmanuel, and head of Favored Nations Entertainment Steve Vai consider themselves fans.

“The album is a rousing, all-instrumental affair that’s heavy on the guitar razzle-dazzle but never veers from the instantly recognizable melodies that comprise the original disc.”
- Guitar World Magazine

“…His arrangements, all done from memory, are spot on and brilliant, making the listener appreciate the original songs on several new levels.”
-GuitarWorld.com’s Staff Pick’s: “Top 10 Albums Of 2011”

“If you’re going to take on and cover an album as revered as ‘Sgt. Pepper's Lonely Hearts Club Band’, you better have the chops to pull it off. Luckily, for the Andy Timmons Band, they do – and then some.”
-AOL Noisecreep

“For Timmons, ‘Andy Timmons Band Plays Sgt. Pepper’ shows that he is not only a good guitarist. More importantly, he is a good musician. And that is a highly desired and rare trait in today’s musical environment.”
-CBS, Dallas, Fort Worth TX

Mark your calendars. Get your tickets now. Hope to see you there.