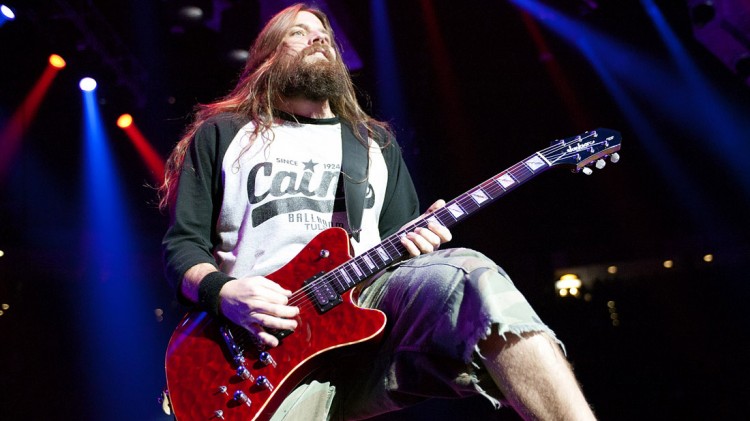 Here at Mesa we're pretty big fans of Mark Morton, Willie Adler and John Campbell from the band Lamb of God. As it turns out, they're pretty big fans of Mesa. The introduction of Mesa's Royal Atlantic RA-100 heads and combos in mid 2011 lined up perfectly with guitars being recorded for Lamb of God's newest release Resolution shipping January 24, 2012. The Royal Atlantic quickly became Mark's go-to amp for the recording on both rhythm and solo work and is making it's way into his live rig as the band prepares to tour the new album.

The Royal couldn't ask for a better spokesman as Mark knows tone and he knows what he likes. Having played Mark IV and Mark V heads for many years and countless gigs already, Mark is one of a small group of people on the planet Mesa can refer to as an expert on Mark series tone. More than just a Metal guitar hero, Mark can play all styles and expects versatility from his amps. At the same time, his amp has to deliver the punch, attitude and power that Lamb of God fans expect from the band. You often know when you find an amp or guitar that resonates with your music and style and the Royal 100 was that thing for Mark when he first plugged in... (as suggested in a text thread with Mesa Artist Relations shortly after receiving the amp). 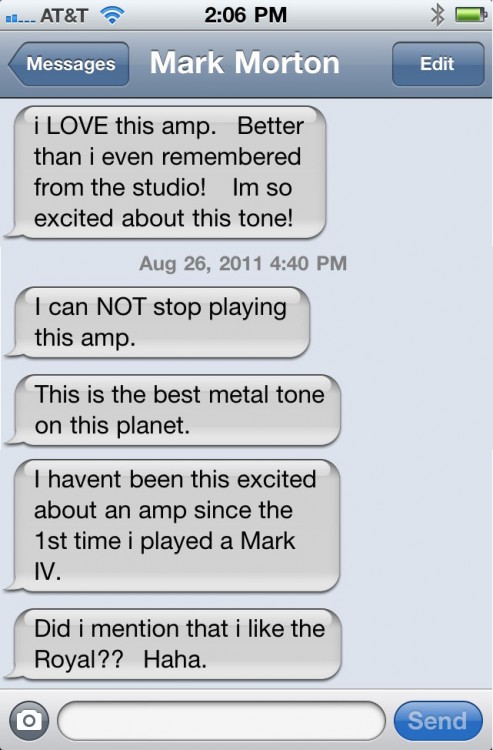 Check out the latest Mesa ad with Mark and the Royal Atlantic RA-100 running in guitar mags around the world. 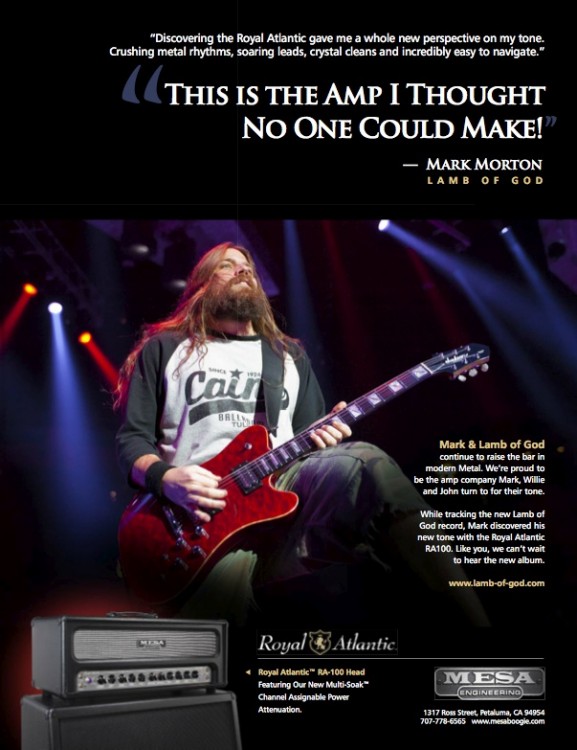 Our thanks to Mark for his consistent and continued, top-notch representation of MESA/Boogie and it's products for over a decade. We look forward to the release of Lamb of God's new release Resolution next week and stay tuned for more details and features from Mesa on Lamb of God's new album coming soon...