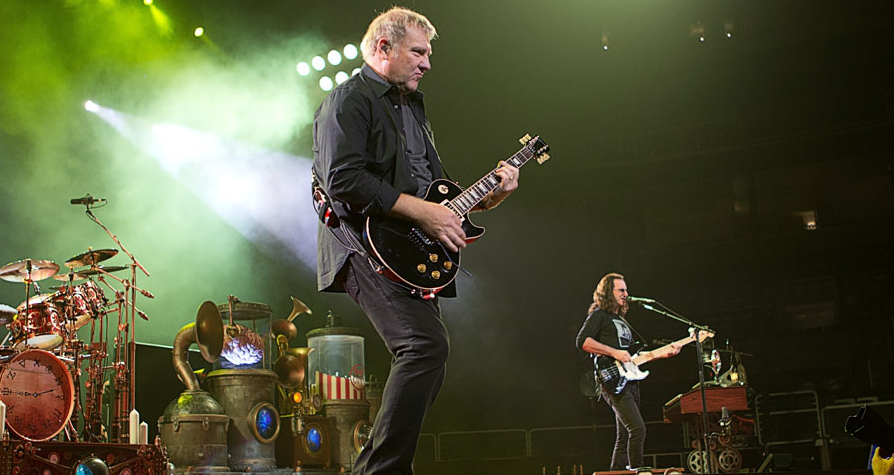 Rush's 2012 album Clockwork Angels explores the watchmaker analogy where design implies a designer.  In the case of the 2012 Clockwork Angels tour, the designers are Neil Peart, Alex Lifeson, and Geddy Lee.  We were honored to attend the show at HP Pavilion in San Jose, CA to see this great machine at work.  Alex used the Mark V head in the studio for the album and took it on the road with him for the tour. 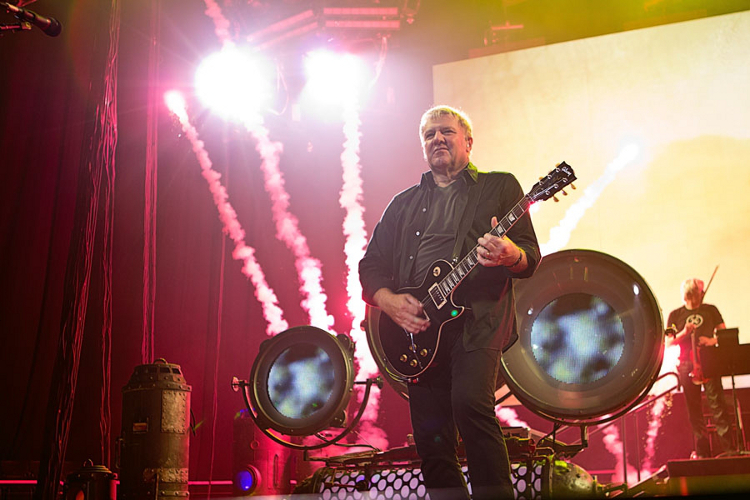 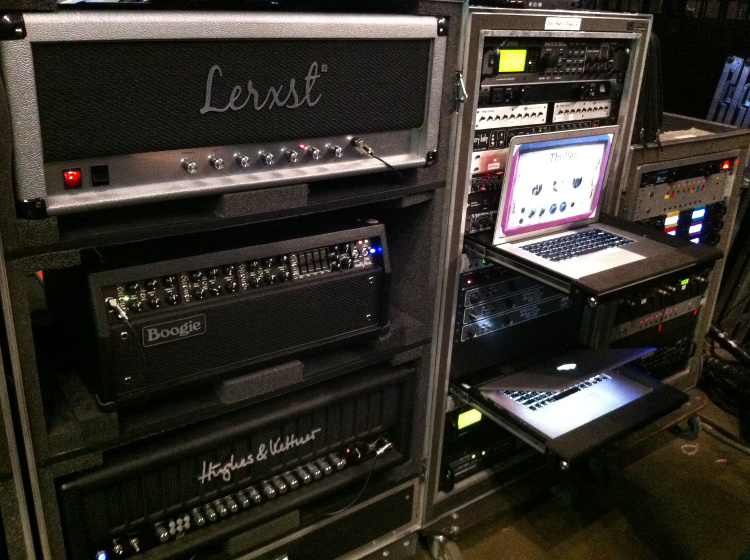 Alex Lifeson's Amp rig for the 2012 Clockwork Angels tour (click to enlarge ...if you dare) 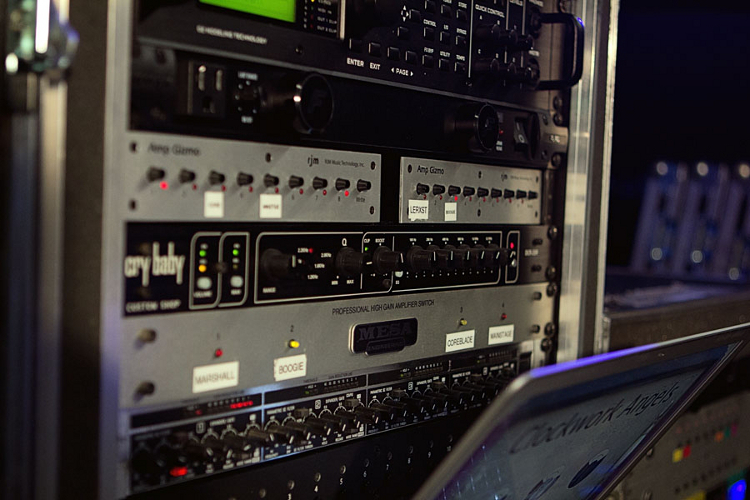 He provided us with a run down of Alex's signal path in this video. 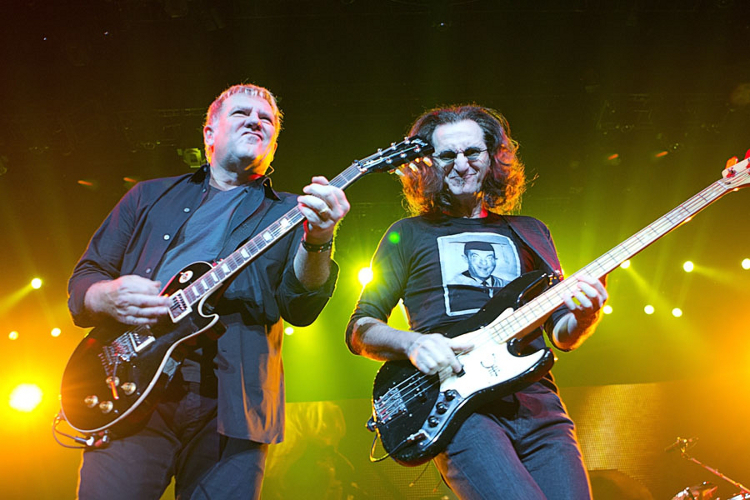 The Mark V was introduced to Alex Lifeson by Rush recording engineer Richard Chycki.  Richard has worked with Rush on a handful of albums, helping them with guitar and bass tones as well as mixing.

Richard and Mesa have been in touch throughout the recording process of Clockwork Angels.  We caught up with him to recall his recording experience, toning with Alex and how they used the Mark V.

How did you approach the Mark V in the studio?
The initial look of the Mark V gives an impression of some complexity.  But in use, nothing could be further from the truth.  It's marvelously easy to get great sounds from it and after a brief period of getting familiar with its possibilities, finding a great tone was very quick. 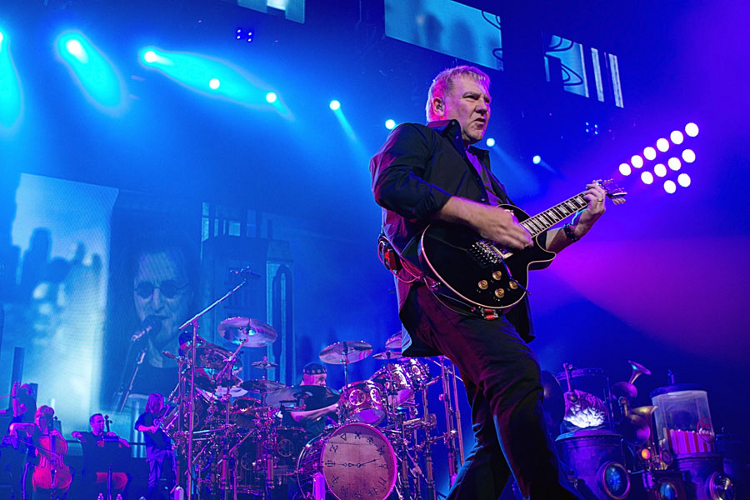 What can you tell us about how you and Alex came up with these guitar tones for Clockwork Angels?
Alex is knowledgeable and flexible toward trying many options for his tone.

Channel 1 has a wonderful bell-like clean tone and is the core of most clean tones on CA.  There was also some Mark I style overdrive we used with some added flanger as in the single note hook riff in The Anarchist.

I had remixed a number of Rush's older releases (Moving Pictures, A Farewell To Kings) in 5.1 and many of the guitar effects were printed.  The final guitar tracks recorded reflect that approach overall. 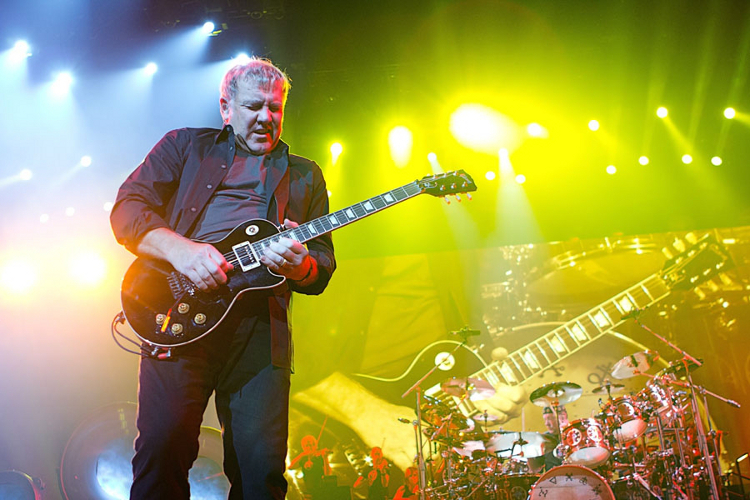 You seem very knowledgeable in Mesa/Boogie amp and tone history.  How did that play into conjuring up tones as you remembered from older albums for Clockwork Angels?
Thanks. The Mark V really behaves like three different Boogies in one box, which is a great advantage when we're jumping around from era to era, tone-wise.  I'm glad to hear that you've picked up on the direction of more classic Rush tones.
Are you tracking at high volumes into a speaker cabinet?
I enjoy the sound of the Mark V at maximum output in the power amp section and generally, the V was on the [much] louder side. 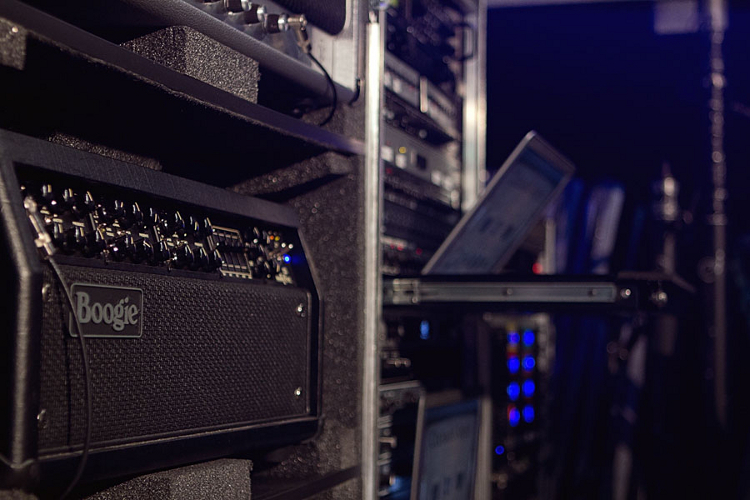 Are you blending the Mark V clean sound with the other amps or are you only using one at a time?
The clean sound is the Boogie channel 1, with effects printed. Sometimes a bit of DI guitar was added as well.
Did you do any experimenting with Channels 2 and 3 for gain sounds in the Mark V?
Yes, we did use channel 2 as well for some higher gain sounds.  With the power section opened up, we used a lot of power section overdrive.

Did you and Alex have certain guitars or pick up configurations that you preferred for clean sounds vs. high gain sounds?
In most cases, Alex leaned toward a Tele for the brilliant clean tones. 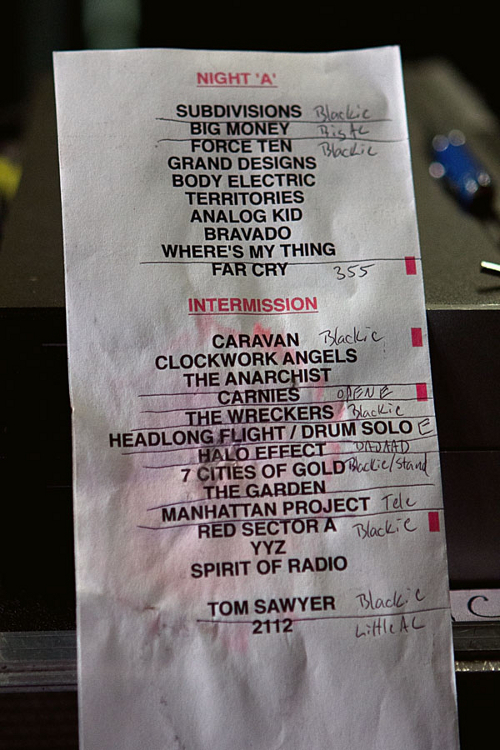 Mesa/Boogie has played a significant role in Rush's tonal history.  Below is a short list of Mesa amps used for specific albums and tours. 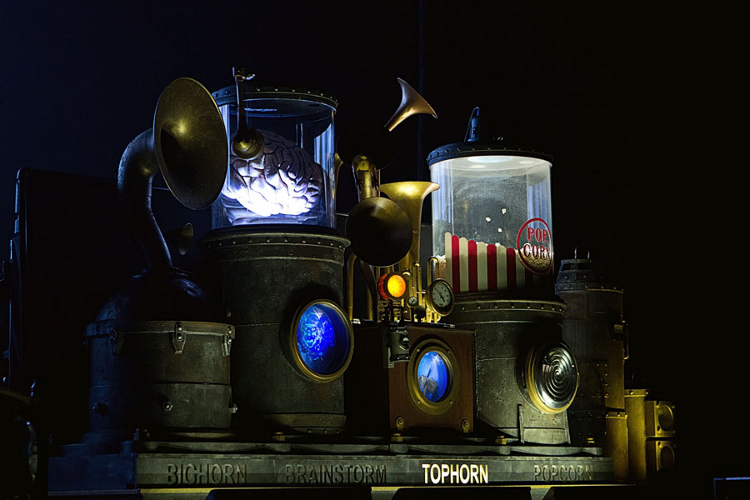 Geddy Lee's amp choice. I know, I know, we are working on it! (click enlarge) 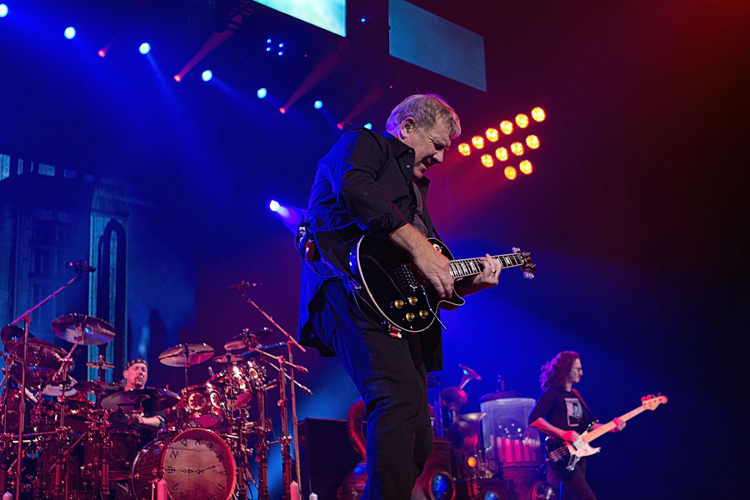 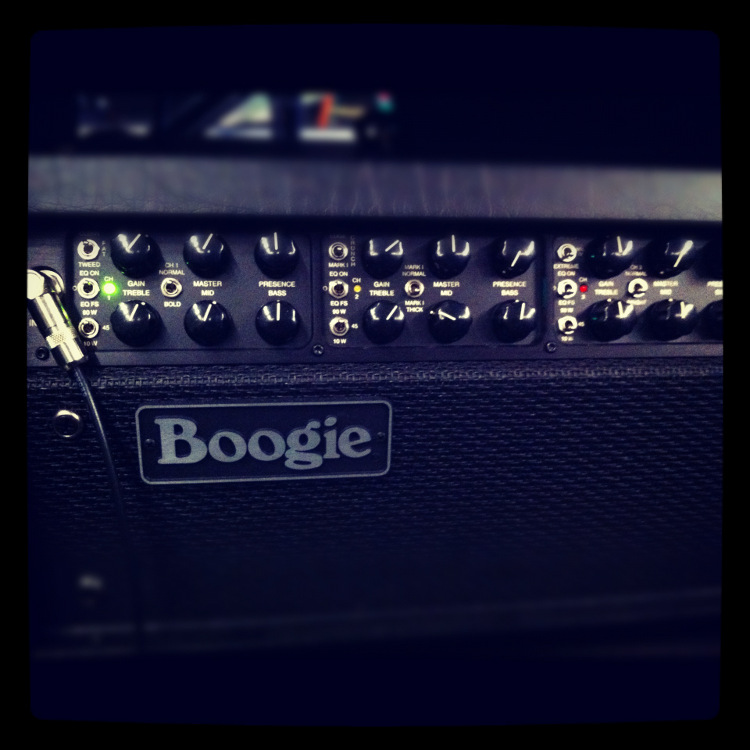