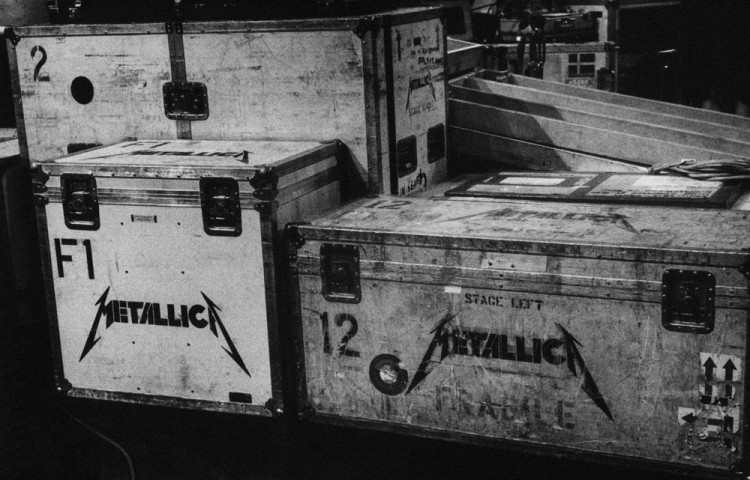 The story of MESA/Boogie and Metallica goes back about as far as the origins of the band itself. James Hetfield and Kirk Hammett have both used Mesa products in their live rigs and studio recording since the Mesa Mark IIC+ hit the streets in the early '80s . The Mark IIC+ played a significant role in the recording of some of early Metallica's most recognized music and while you don't always see the gear they're playing on stage, the rigs pictured below have been the mainstay of the band's live sound for over of 15 years. 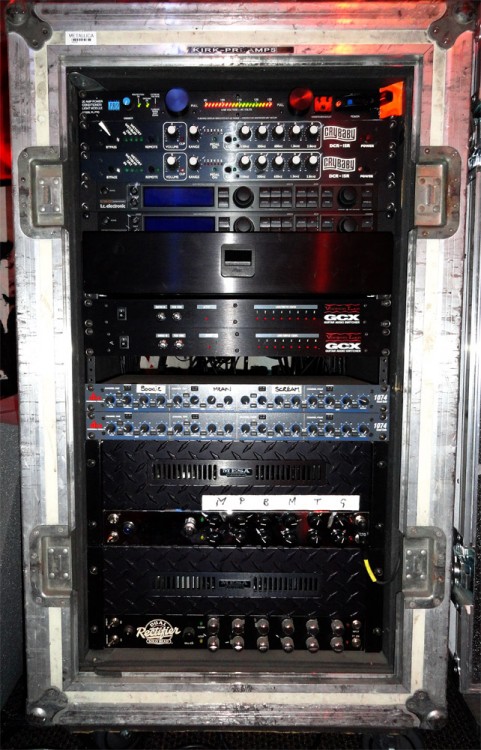 Next up is James Hetfield's 'Papa Het' rack. 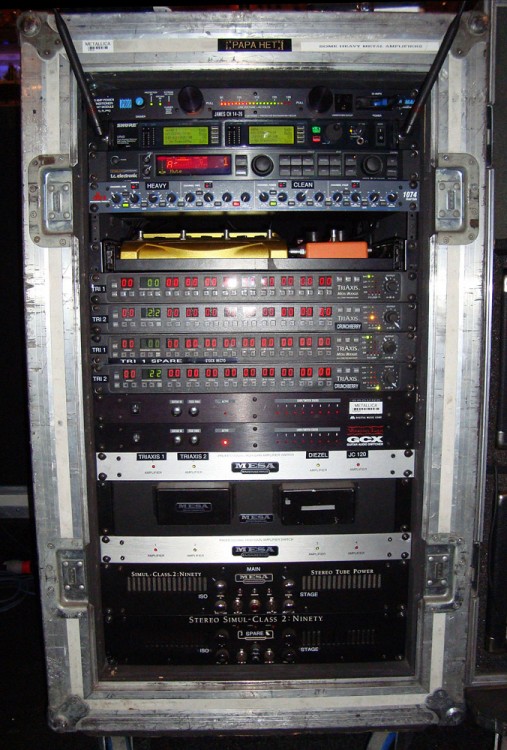 James' rack is a little more involved and loaded with Boogie gear. The core of the preamp switching and FX integration happens via Mesa/Boogie Amp Switchers controlled with Digital Music Corp.'s GCX Expander switching units. The Boogie amps being switched are two Triaxis Preamp's run into a 2:90 Power amp. One Triaxis is set to the Mark IIC+ mode while the second Triaxis is used for clean sounds in the Green Clean mode. Like Kirk, James also has DBX Quad gates and T.C. Electronic G Major FX Processors along with a few extra pedals kept in the rack. The signal runs out of the 2:90 into two Mesa Traditional Straight 4x12s for a true stereo mix.

Mesa is proud to have been a part of the Metallica sound for over 25 years and the rigs you see above have been delivering the band's live sound for just as long. It's been an amazing 30 year run for Metallica and we at Mesa are looking forward to many more...