Mesa® Employee Spotlight: John Marshall and
the evolution of the Recto reign ~ Part 1

Mesa Employee Spotlight and Round table discussion:
John Marshall ~ Circuit Ambassador of the NEW Dual and Triple
Rectifiers and discussion with Director of R & D,
Doug West and Director of Sales, Steve Mueller.

Amplitudes: Tell us a little bit about your life before Mesa and how you got here.

John: Well, I started playing guitar when I was 6 or 7. In high school, most of the friends I had were musicians—back then we were the outcasts. I was pretty shy, so rather than join a band I would help my friends by loading gear and tuning guitars at their gigs. One of those friends was Kirk Hammett, which led to me being a guitar tech with Metallica. I tech’d for Metallica for about 3 years, up until Cliff Burton died in September of 1986. I was also a fill-in player for James Hetfield, in 1986 and in 1992, when he burned his arm in a pyro accident. I remember coming to the Boogie factory to get tubes and parts for Metallica’s amps and getting to know Doug (West) and Frank Goodman. I also remember thinking what a cool place it would be to work. I bought my first Boogie, a Studio .22, from Frank Goodman in 1986. After tech’ing for Metallica I joined a band called Blind Illusion, which, at the time had Les Claypool on bass, Mark Beidermann on Guitar and Mike Miner on Drums. About 8 months later I joined Metal Church, and played with them from 1987 until 1994, and again in 1999 for a reunion album and tour.

After Metal Church broke up, I came up to the factory to apply for a job. I spoke to Jim (Aschow – Vice-President) at that time, and he said he couldn’t hire me but to call him back in a few weeks. Well, I kept calling him every week for about 4 months, with no response! Finally I drove back up to the factory, and Jim hired me right there. This was February of 1995. I started in Mechanical Assembly putting chassis and circuit boards together and I did that for about 1 ½ years. From there, I ran the warehouse for about a year. After that, I went into customer service with Tien Lawrence and for about 2 years just the two of us handled all the phone calls, emails and all the play-testing in the factory and anything else customer service related. Needless to say, we were busy! In 1999 I left for a couple of months for the Metal Church re-union and new recording, but because customer service was so busy I was replaced while I was gone.

From there I went to being a full-time play-tester, which lasted for a year or so. Eventually I found myself thinking about my future at Boogie and started looking for a job outside the company. I was open with Jim about my thoughts and, bless his heart, he saw something in me and asked if I would be interested in becoming a tech. I started assembling and bench testing V-Twins and it’s just grown from there. I’ve been a tech at Boogie for close to 10 years now and it’s developed into working with Randy on different things and now he uses me from wherever he is…

John: Yes! In fact, it’s made me ambidextrous, because Randy’s left handed…..

Anyway, I’ve gotten into doing  the schematics for all the products as well as overseeing the tech department and day-to-day stuff for production. I’m involved with a lot of the QC (Quality Control), making sure people get things right all the way back to the beginning of the amp building process. From the PC department (printed circuit board) to mechanical assembly and through to wiring and pre-tech prep, its about making sure that layer after layer of all the people involved with assembling the amp are getting it right before an amp gets to tech’s bench. Throughout all that, I’ve also ended up helping Randy with R & D and circuit board layouts and…

Doug West: You’ve become an invaluable part of the R & D process. Not only standing in for Randy when he’s not at the shop and your involvement in the new Recto design, but all the cool ideas you come up with and bring to the table. You bring a great bridge between Guitarist and Tech… you play great and that gives you a tactile sense of what’s good, but you can also visualize circuits and that’s powerful.

John: Thanks, Dougie. Maybe the coolest thing about it all is that it’s really fun for me! You know, it’s like finding your place in life. I’ve had the chance to tour and make records and that was amazing but I think I’m more comfortable behind the scenes, working with the nuts and bolts of the music and it’s a blast. I mean, I started out as a guitar tech. I love working with guitar amp circuits and trying to figure stuff out and making them sound good.

Steve Mueller: One cool side of your story was that the whole 2010 Dual & Triple Rectifier was a project that Randy believed in you enough to have you as his lead guy. It was really your biggest project up to that point and, I mean, WOW! What a project… go ahead and tackle this legend!

John: Its one of the many things that I’m completely humbled and honored by – that Randy would turn over what has been such a huge part of the success of the company – Dual and Triple Rectifiers - and entrust that to me. The gig was essentially laying out the entire circuit board and updating the chassis to accommodate the new features everyone decided had to be on the Dual and Triple, and this was no small task ­– as proven by the time it took. The fact that he enlisted me with this job has been a great honor. And I’ve learned a ton throughout this process.

Amplitudes: Can we talk a bit about how things in the new Rectifier models weren’t changed and what that involves or implies.

John: When we first started the project, Steve and I were discussing how we don’t want to change the sound of such a successful and iconic product. We wanted to make sure the tone was exactly the same on this amp and we were diligent about this on the layout of the new amp. The layout staying basically the same was actually helpful for me as it provided bounds for me to stay within while fitting the new features into the mix. 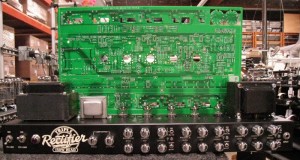 Steve: The original conversation we all had, which was the same conversation we had when the 2 channels were conceptually going to 3 channel amps, was to make the amps as identical as possible and preserve the ‘thing’ that people found so amazing about these amps. This was an extremely long time to pour over the new design and make all the necessary comparisons to previous versions – at least 2 ½ years. The comparing and play-testing against original 2 and 3 channel Rectifiers took an incredible amount of time. The absolute goal was for us all to be assured that every nuance that made those legendary icons what they were was preserved. Any change that did occur – obvious changes like features which were the basis for the project– had to maintain or exceed the original standards!

Doug: Over time, we’ve all seen models come and go, whether Mesa or other great amps and after 30 years here I’ve begun to look at making amps being a lot like recording a song. It’s like a moment in time - or a picture - that gets captured. Based on parts being available or any number of things that can change without us having any control over them, we have to go forward with our own ears and our sense of what is best. Past models definitely have to be referenced, but if we didn’t take a fresh look at these things, the opportunity to possibly make them better is lost. If we didn’t do this to the Mark IIC, the Mark IIC+ would have never existed. Or an even better example is Randy taking a Princeton Reverb and turning it into a Mark I. 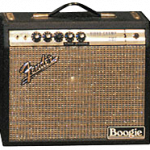 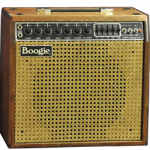 John: To expand on that song thing for a second, when I talk to Randy about his designs and his creations, I tend to look at them now a lot like a song. When he and I are talking about circuits, I‘m beginning to see his different circuit sub-sections as riffs and the overall circuit as the whole song. It’s like an artistic creation--and every artist, whether it’s John Coltrane or Vincent Van Gogh, puts their own spin on things.  My favorite “riff” of Randy’s is the patented mute circuit. It’s pure genius.

Doug: I think its really important for guitar players, not just us or Mesa customers, but all guitar players, to try to be open and consider that all the old “Vintage” amps that people cherish, or old guitars, or whatever tools one uses in their music, are all snapshots in the history of rock and roll. But we all have to be open to the idea that we can do better if we spend the time and apply the diligence. The Mark V is a great example and took over three years of hard work to bring that amp to a point where we felt it was ready. The Mark V has now truly gone above and beyond those two great amps (Mark I and Mark IIC+). In the end, maybe its best summed up that you want to capture the essence but improve the details.

Steve: The bottom line is that we use the references we have here to ensure that at the end of the day, the sound and the feel of the amp is as good or better than the references we maintain. We don’t stop until we felt like we exceeded the benchmarks we have.  I own three 2 channel Rectifiers as reference, based on all the folklore that surrounds them. Some guys say that if you don’t have one of the original pre-500 serial numbers, you don’t have a Rectifier. I’ve got number 263. I’ve also got #4799 and #10,156. So I have snapshots of many of the years of productions. But not stopping there, I have a number of 3 channels that I reference as well – one somewhere in the 41,000 serial number. These references and a number of others at the factory are crucial to maintaining what delivered to Rectos to their iconic status in the first place.

Amplitudes: It’s good to know that Rectifiers are so fiercely protected and referenced. Below is a list of the items that HAVE changed or been improved. Can you talk about the things that have changed? (Continued in Part 2 coming soon...)

New Improvements / Features to the 2010 Dual and Triple Rectifier heads: 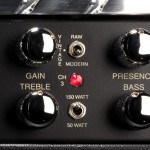 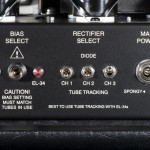 3. New Footswitchable, Tube-Driven SERIES FX Loop – Vastly improved performance and tone with Multi-Effects than Parallel Loop - Exceptionally transparent in preserving your tone while being easier to use with any type of effects.  The original Rectifiers featured a Series Loop.

7. Improved Channel Cloning on Channels 2 & 3 – Raw, Vintage and Modern modes have been further optimized for more similar performance on either channels

No Price Increase – All this for the same price as the current 3 Channel version!