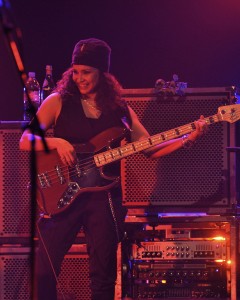 Rhonda Smith continues to set the bar high on multiple levels of bass playing excellence. Her extended run as Prince’s bassist for nearly a decade was a major springboard toward being more widely recognized as a bona fide bass legend. But, it's Rhonda's sheer talent, feel and musical intuition, and a glowing stage presence that are the core reasons behind her success.

Her gig and session work with the industry’s top superstars like Beyonce, Chaka Khan, Erykah Badu, Patti Austin, Lee Ritenour, Larry Graham, Patti Labelle, Little Richard, Justin Timberlake and Candy Dulfer – just to name a few – is only the beginning of her amazing resume. The last few years, Rhonda has toured frequently with C.O.E.D., (Chronicles of Every Diva) – an all-female collaboration of Rhonda, Kat Dyson, Shiela E. and others. In addition to touring and session work, Rhonda is also very dedicated to her solo projects – most recently, the funk-filled and bass thick RS2. 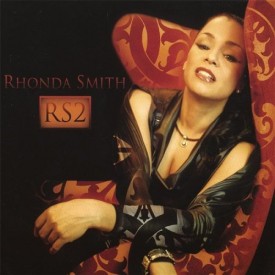 You can always count on Rhonda to not only be rock-solid on the low notes, but more likely a star of the show even when in the supporting role. Getting the gig as Jeff Beck’s bass player comes as little surprise to those who have seen Rhonda play live before. Jeff's latest release, Emotion & Commotion, is his first studio album to be released in seven years and is cause for a 2010 world tour that has been a the subject of rave reviews wherever it goes. Rhonda has been also been receiving accolades for faithful renditions of Beck’s favorites as well as bringing both her fire and musical class to the stage night after night. Rhonda is just as easily at home with vocal roles in this band as she is in her own projects and she has been leaving crowds speechless with her bass solo section in the set.

Beyond Rhonda's obvious raw talent lies a very discerning taste for great bass tone. While some of her rig has evolved since the Prince days, core pieces remain while new pieces have been incorporated to include some of Mesa's latest and refining Rhonda's tonal preferences for the Jeff Beck gig. 2x15's were the cab-du-jour for many years with Prince but Rhonda is now leaning on Mesa Powerhouse 2x12 and 4x10 both powered by her faithful M-Pulse600. The Slave out on the M-Pulse600 is then run to the Big Block 750 driving the second Powerhouse 2x12 for added punch and reinforcement on the big rock stage. The M9 was tried late in reherasals and worked well but in the end, the already established rig with M-Pulse 600 and Big Block 750 won the spot until more time is available to incorporate the M9 Carbine full time. By all accounts, the bass on the Jeff Beck stage is well heard! Check out some rig pictures below (click on a photo to enlarge): 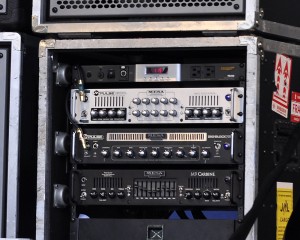 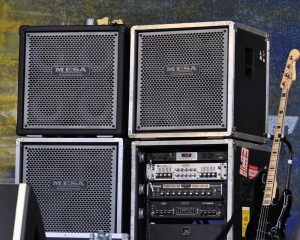 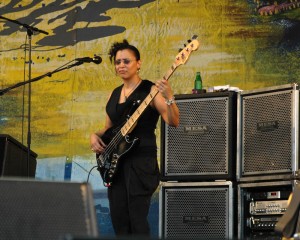 Hey Rhonda - Thank you for the many years of loyal representation of the Mesa Bass Line and for being one of the classiest and funkiest ladies in the game. Here's to many more years to come... 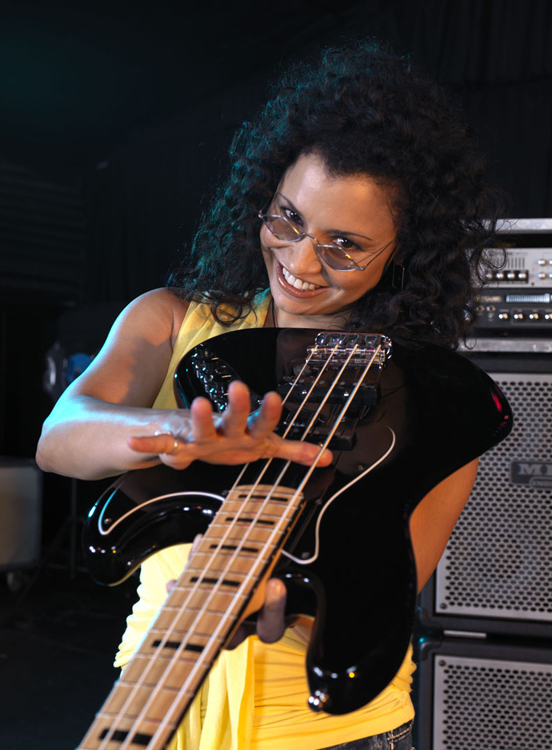 Rhonda Smith would like to welcome you to good bass tone...

This photo by - Frank Bevans Photography